Brest (Belarusian: Брэст, romanized: Brest, pronounced [brɛs̪t̪]; Russian: Брест, romanized: Brest, pronounced [brʲes̪t̪]; Polish: Brześć; Lithuanian: Brasta; Ukrainian: Берестя, romanized: Berestia; Yiddish: בריסק‎, romanized: Brisk), formerly Brest-Litovsk (Belarusian: Берасце, Берасце Літоўскі (Брэст-Лiтоўск); Lithuanian: Lietuvos Brasta; Polish: Brześć Litewski), Brest-on-the-Bug (Polish: Brześć nad Bugiem), is a city (population 350,616 in 2019) in Belarus at the border with Poland opposite the Polish city of Terespol, where the Bug and Mukhavets rivers meet. It is the capital city of the Brest Region.
The city of Brest is a historic site of many cultures. It hosted the important historical events, such as the Union of Brest and Treaty of Brest-Litovsk. The Brest Fortress was recognized by the Soviet Union as the Hero Fortress in honor of the defense of Brest Fortress in June 1941.
During medieval times, the city was part of the Kingdom of Poland from 1020 until 1319 when it was taken over by the Grand Duchy of Lithuania. It became part of the Polish–Lithuanian Commonwealth in 1569. As a result of the Partitions of Poland, it was incorporated into the Russian Empire in 1795. After World War I, the city was conquered by the Second Polish Republic. During the Invasion of Poland by Nazi Germany and the Soviet Union in 1939, the city was first captured by the Wehrmacht and soon passed on to the USSR in accordance with the German–Soviet Frontier Treaty. In 1941, it was retaken by the Germans during Operation Barbarossa. The city was part of the Belarusian SSR until the breakup of the USSR in 1991. Brest is now a part of the independent Belarus. 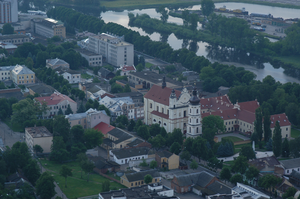 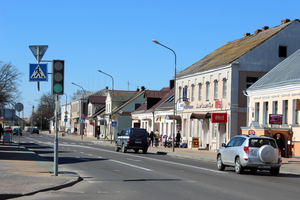