Bolivia (listen), officially the Plurinational State of Bolivia, is a landlocked country located in western-central South America. The constitutional capital is Sucre, while the seat of government and executive capital is La Paz. The largest city and principal industrial center is Santa Cruz de la Sierra, located on the Llanos Orientales (tropical lowlands), a mostly flat region in the east of the country.
The sovereign state of Bolivia is a constitutionally unitary state, divided into nine departments. Its geography varies from the peaks of the Andes in the West, to the Eastern Lowlands, situated within the Amazon basin. It is bordered to the north and east by Brazil, to the southeast by Paraguay, to the south by Argentina, to the southwest by Chile, and to the northwest by Peru. One-third of the country is within the Andean mountain range. With 1,098,581 km2 (424,164 sq mi) of area, Bolivia is the fifth largest country in South America, after Brazil, Argentina, Peru, and Colombia (and alongside Paraguay, one of the only two landlocked countries in the Americas), the 27th largest in the world, the largest landlocked country in the Southern Hemisphere and the world's seventh largest landlocked country, after Kazakhstan, Mongolia, Chad, Niger, Mali and Ethiopia.
The country's population, estimated at 11 million, is multiethnic, including Amerindians, Mestizos, Europeans, Asians and Africans. Spanish is the official and predominant language, although 36 indigenous languages also have official status, of which the most commonly spoken are Guarani, Aymara and Quechua languages.
Before Spanish colonization, the Andean region of Bolivia was part of the Inca Empire, while the northern and eastern lowlands were inhabited by independent tribes. Spanish conquistadors arriving from Cusco and Asunción took control of the region in the 16th century. During the Spanish colonial period Bolivia was administered by the Real Audiencia of Charcas. Spain built its empire in large part upon the silver that was extracted from Bolivia's mines.
After the first call for independence in 1809, 16 years of war followed before the establishment of the Republic, named for Simón Bolívar. Over the course of the 19th and early 20th century Bolivia lost control of several peripheral territories to neighboring countries including the seizure of its coastline by Chile in 1879. Bolivia remained relatively politically stable until 1971, when Hugo Banzer led a CIA-supported coup d'état which replaced the socialist government of Juan José Torres with a military dictatorship headed by Banzer; Torres was murdered in Buenos Aires, Argentina by a right-wing death squad in 1976. Banzer's regime cracked down on leftist and socialist opposition and other forms of dissent, resulting in the torture and deaths of a number of Bolivian citizens. Banzer was ousted in 1978 and later returned as the democratically elected president of Bolivia from 1997 to 2001.
Modern Bolivia is a charter member of the UN, IMF, NAM, OAS, ACTO, Bank of the South, ALBA, and USAN. Bolivia remains the second poorest country in South America, though they have slashed poverty rates and are the fastest growing economy in South America (GDP wise). It is a developing country, with a high ranking in the Human Development Index. Its main economic activities include agriculture, forestry, fishing, mining, and manufacturing goods such as textiles, clothing, refined metals, and refined petroleum. Bolivia is very rich in minerals, including tin, silver, lithium, and copper. 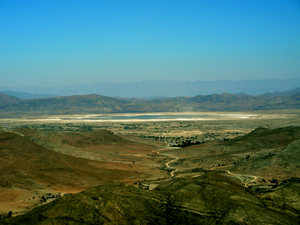 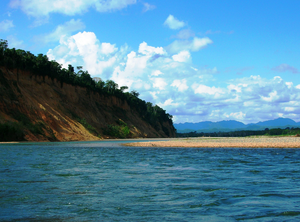 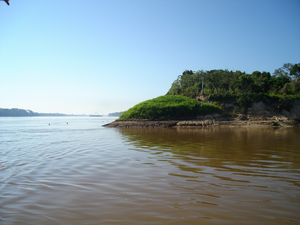