Blagoveshchensk (Russian: Благове́щенск, IPA: [bləgɐˈvʲeɕːɪnsk], lit. the city of the Annunciation) is a city and the administrative center of Amur Oblast, Russia, located at the confluence of the Amur and Zeya Rivers, opposite to the Chinese city of Heihe. Population: 214,390 (2010 Census); 219,221 (2002 Census); 205,553 (1989 Census).The Amur has formed Russia's border with China since the 1858 Aigun Treaty and 1860 Treaty of Peking. The area north of the Amur belonged to the Manchu Qing dynasty by the Treaty of Nerchinsk of 1689, until it was ceded to Russia by the Aigun Treaty in 1858. 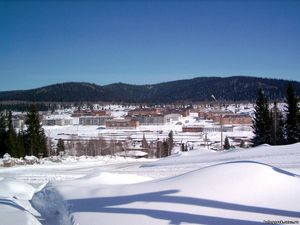 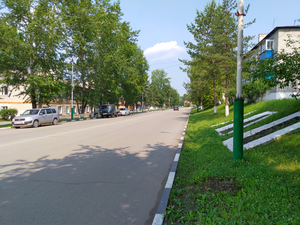