Bisotun world heritage site was a famous place in the history of ancient Iran and south-west Asia with an uninterrupted archeological sequence from pre–history to 20th century AD. Carved on limestone on the Bisotun hillside (southern hillside of Paru Mountain), Bisotun inscription is the largest, most famous and the first known Iranian inscription. Traces of a brown glaze and the lead layer in first lines of inscription seem to be parts of a previous coverage with an unknown coating which had been used in order to increase sustainability. Bisotun Mountain features not only a religious role, but also it is located along the ancient trade route linking the west and center of Iran with Mesopotamia and therefore, it was highly visible to public.

Bisotun inscription is the most remarkable historical writing documenting the victory of Darius I the Great over Gaumata, the Median Magus, and rebellions and the re-establishment of the empire by his own words in three languages of Akkadian, Elamite, old Persian.

The most important phases of Darius I the Great's statements on Bisotun inscription are as follows: introducing the Darius I and the scope of his empire, the story of Gaumata riot and his assassination, the story of suppressing various revolts in Elam, Babylonia, Medes, Parthia, Persia, Armenia and Marv lands, emphasizing the truth of the record, being Darius free from guilt and crime, request to preserve the inscription, blessing to beholders and curse the destroyers. 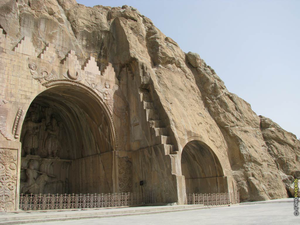 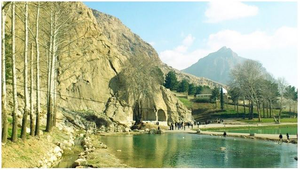 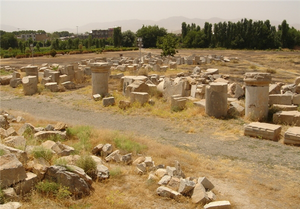 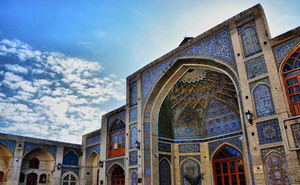