Beersheba (; Hebrew: בְּאֵר שֶׁבַע‎ Be'er-Sheva [be(ʔ)eʁ ˈʃeva(ʕ)], Arabic: بئر السبع‎, lit. Well of the Oath) is the largest city in the Negev desert of southern Israel. Often referred to as the "Capital of the Negev", it is the center of the fourth-most populous metropolitan area in Israel, the eighth-most populous Israeli city with a population of 209,687, and the second-largest city (after Jerusalem) with a total area of 117,500 dunams.
The Biblical site of Beersheba is Tel Be'er Sheva, lying some 4 km distant from the modern city, which was established at the start of the 20th century by the Ottoman Turks. The city was captured by the British-led Australian Light Horse in the Battle of Beersheba (1917) during World War I. In 1947, Bir Seb'a (Arabic: بئر السبع‎), as it was known, was envisioned as part of the Arab state in the United Nations Partition Plan for Palestine. Following the declaration of Israel's independence, the Egyptian army amassed its forces in Beersheba as a strategic and logistical base. In the Battle of Beersheba waged in October 1948, it was conquered by the Israel Defense Forces.Beersheba has grown considerably since Israel's independence. A large portion of the population is made up of the descendants of Sephardi Jews and Mizrahi Jews who immigrated from Arab countries after 1948, as well as smaller communities of Bene Israel and Cochin Jews from India. Second and third waves of immigration have taken place since 1990, bringing Russian-speaking Ashkenazi Jewish immigrants from the former Soviet Union, as well as Beta Israel immigrants from Ethiopia. The Soviet immigrants have made the game of chess a major sport in Beersheba, and it is now Israel's national chess center, with more chess grandmasters per capita than any other city in the world, making it the chess capital of the world in some regards.Beersheba is home to Ben-Gurion University of the Negev. This city also serves as a center for Israel's high-tech and developing technology industry. 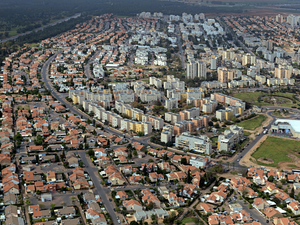