Bayazid Bastami Complex (Persian: مجموعه بایزید بسطامی, [Bāyazīd Bisṭāmī] ) is located in the city of Bastam in Semnan province, within 6 km of Shahroud city. This complex includes a mosque and several tombs.
Bayazid Bastami who is known as Sultan Al-Arifin in the world of culture and literature, is one of the most famous mystics in the ninth century in Iran. Bayazid's most important works have been collected in several books, among which we can mention Al-Noor.
The tomb of Bayazid Bastami does not have luxurious and dazzling decorations and it is very simple and incomplete which demonstrates the existence of the tomb of a mystic below it (all mystics live in a sample way). It also has an iron window.
Under the dome of the monument, the tomb of Bayazid Bastami can be seen. There is a marble gravestone which is decorated with religious phrases.
It should be mentioned that many tourists and travel authors, including Naser Khosrow, have described the tomb of Bayazid Bastami which is near Shahroud in their travel literature.
In a short distance from Bayazid's tomb, there is a mausoleum with a conical dome which is attributed to one of the sons of Imam Jafar Sadiq. It is narrated that the Imam Sadiq sent him to Bastam with Bayazid Bastami to guide the people of that region.
Among the most important and the oldest monuments of Bayazid Bastami complex, we can mention the mosque and its side minaret (a type of tower built next to mosques). This mosque also has two Shabestan (an underground space). The larger shabestan used for men and the smaller shabestan used for women. The construction of a smaller shabestan is attributed to the Ilkhanate dynasty (1256-1335).
For visiting the tomb of this famous mystic, you should go to Mahdieh Street in Bastam. Semnan province has a changing climate. Some areas are ideal for summer travel and others for winter travel. Therefore, before traveling, you should pay special attention to the destination climate and travel time. Since the climate of the region is mainly hot and dry; Spring is usually the best time to visit Bastam. 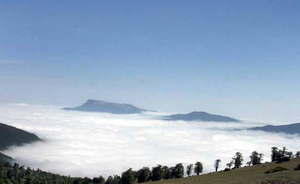 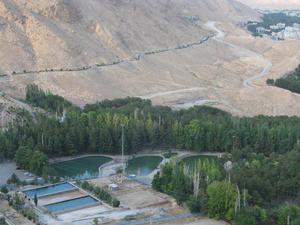 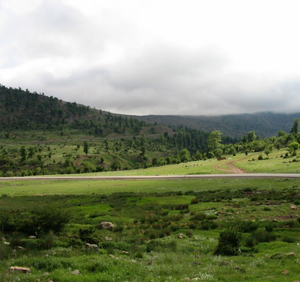 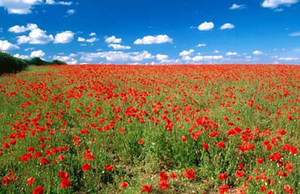 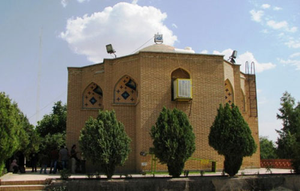 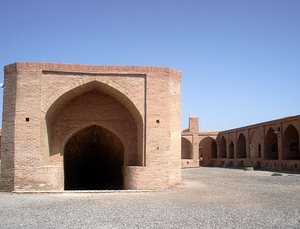