Bandung () is the capital of West Java province in Indonesia. One of Indonesia's most populous cities, Greater Bandung is the country's second-largest metropolitan extended with over 11 million inhabitants. Located 768 metres (2,520 feet) above sea level, approximately 140 kilometres (87 miles) southeast of Jakarta, Bandung has cooler year-round temperatures than most other Indonesian cities. The city lies on a river basin surrounded by volcanic mountains that provides a natural defense system, which was the primary reason for the Dutch East Indies government's plan to move the capital from Batavia (modern-day Jakarta) to Bandung.
The Dutch first established tea plantations around the mountains in the 18th century, and a road was constructed to connect the plantation area to the colonial capital Batavia (180 kilometres (112 miles) to the northwest). In the early 20th century the Dutch inhabitants of Bandung demanded the establishment of a municipality (gemeente), which was granted in 1906, and Bandung gradually developed into a resort city for plantation owners. Luxurious hotels, restaurants, cafés, and European boutiques were opened, leading the city to be nicknamed Parijs van Java (Dutch: "The Paris of Java").
After Indonesia declared independence in 1945, the city has experienced ongoing development and urbanisation, transforming from an idyllic town into a dense 16,500 people/km2 (per square kilometre) metropolitan area with living space for over 8 million people. New skyscrapers, high-rise buildings, bridges, and gardens have been constructed. Natural resources have been heavily exploited, particularly by conversion of the protected upland area into highland villas and real estate. Although the city has encountered many problems (ranging from waste disposal and floods, to a complicated traffic system resulting from a lack of road infrastructure), it still attracts large numbers of tourists, weekend sightseers, and migrants from other parts of Indonesia. In 2017 the city won a regional environmental sustainability award for having the cleanest air among major cities in ASEAN. The city is also known as a Smart City, leveraging technology to improve government services and social media, that alert residents to issues such as floods or traffic jams. Bandung is Indonesia's major technology center. The city is part of the UNESCO Creative Cities Network which it joined in 2015.The first Asian-African Conference, the Bandung Conference, was hosted in Bandung by President Sukarno in 1955. Redevelopment of the existing Husein Sastranegara International Airport (BDO) was completed in 2016. To improve infrastructure, construction of the Jakarta-Bandung high-speed rail was started in 2016 and is projected to be completed in 2021. This is to be complemented by an indigenous type of Automated People Mover (APM) and Light Rail Transit (LRT). The new larger second airport, Bandung Kertajati International Airport opened in June 2018, just in time for the 2018 Asian Games. 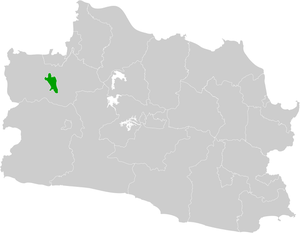 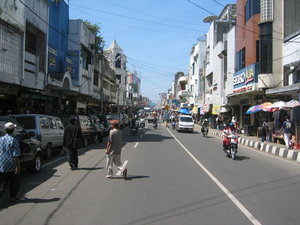 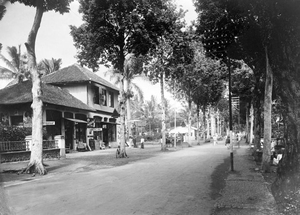