The Antofagasta Region (Spanish: Región de Antofagasta, pronounced [antofaˈɣasta]) is one of Chile's sixteen first-order administrative divisions. The second-largest region of Chile, it comprises three provinces, Antofagasta, El Loa and Tocopilla. It is bordered to the north by Tarapacá, by Atacama to the south, and to the east by Bolivia and Argentina. The region's capital is the port city of Antofagasta; another one of its important cities is Calama. The region's main economic activity is copper mining in its giant inland porphyry copper systems.
Antofagasta's climate is extremely arid, albeit somewhat milder near the coast. Nearly all of the region is devoid of vegetation, except close to the Loa River and at oasises such as San Pedro de Atacama. Much of the inland is covered by salt flats, tephra and lava flows, and the coast exhibits prominent cliffs.
The region was sparsely populated by indigenous Changos and Atacameños until massive Chilean immigration in conjunction with a saltpeter boom in the later 19th century. The region was Bolivian until the War of the Pacific in 1879. 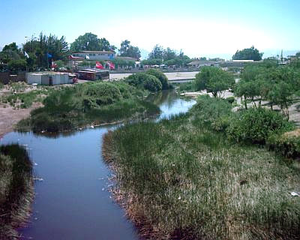 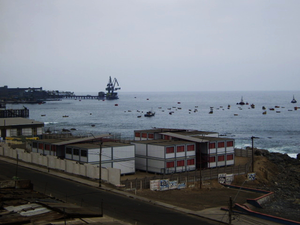