Allahabad (pronunciation ), officially known as Prayagraj, and also known as Ilahabad and Prayag, is a metropolis in the Indian state of Uttar Pradesh. It is the administrative headquarters of Allahabad district—the most populous district in the state and 13th most populous district in India—and the Allahabad division. The city is the judicial capital of Uttar Pradesh with Allahabad High Court being the highest judicial body in the state. As of 2011, Allahabad is the seventh most populous city in the state, thirteenth in Northern India and thirty-sixth in India, with an estimated population of 1.53 million in the city. In 2011 it was ranked the world's 40th fastest-growing city. Allahabad, in 2016, was also ranked the third most liveable city in the state (after Noida and Lucknow) and sixteenth in the country. Hindi is the most widely spoken language in the city.
Allahabad lies close to Triveni Sangam, the "three-river confluence" of the Ganges, Yamuna and Sarasvati rivers. It plays a central role in Hindu scriptures. The city finds its earliest reference as one of the world's oldest known cities in Hindu mythological texts and has been venerated as the holy city of Prayaga in the ancient Vedas. Allahabad was also known as Kosambi in the late Vedic period, named by the Kuru rulers of Hastinapur, who developed it as their capital. Kosambi was one of the greatest cities in India from the late Vedic period until the end of Maurya Empire with occupation continuing until the Gupta Empire. Since then, the city has been a political, cultural and administrative centre of the Doab region. In the early 17th century, Allahabad was a provincial capital in the Mughal Empire under the reign of Jahangir.Akbarnama mentions that the Mughal emperor Akbar founded a great city in Allahabad. 'Abd al-Qadir Bada'uni and Nizamuddin Ahmad mention that Akbar laid the foundations of an imperial city there which was called Ilahabas or Ilahabad. He was said to be impressed by its strategic location and built a fort there, later renaming it Ilahabas by 1584 which was changed to Allahabad by Shah Jahan. In 1580, Akbar created the "Subah of Ilahabas" with Allahabad as its capital. In mid-1600, Salim had made an abortive attempt to seize Agra's treasury and came to Allahabad, seizing its treasury and setting himself up as a virtually independent ruler. He was, however, reconciled with Akbar and returned to Allahabad where he stayed before returning to the royal court in 1604.In 1833 it became the seat of the Ceded and Conquered Provinces region before its capital was moved to Agra in 1835. Allahabad became the capital of the North-Western Provinces in 1858 and was the capital of India for a day. The city was the capital of the United Provinces from 1902 to 1920 and remained at the forefront of national importance during the struggle for Indian independence.Located in southern Uttar Pradesh, the city covers 365 km2 (141 sq mi). Although the city and its surrounding area are governed by several municipalities, a large portion of Allahabad District is governed by the Allahabad City Council. The city is home to colleges, research institutions and many central and state government offices. Allahabad has hosted cultural and sporting events, including the Prayag Kumbh Mela and the Indira Marathon. Although the city's economy was built on tourism, most of its income now derives from real estate and financial services. 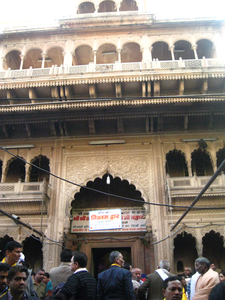 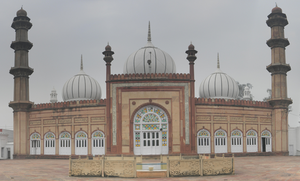 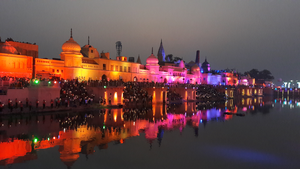 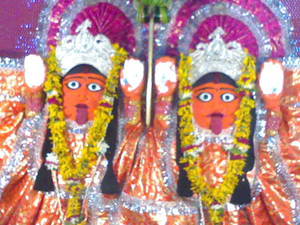 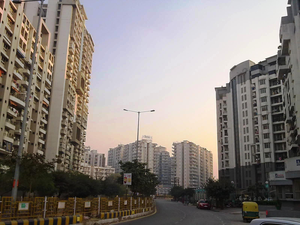 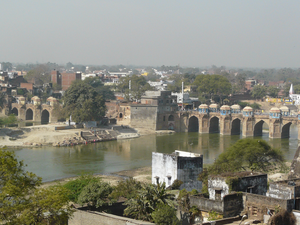 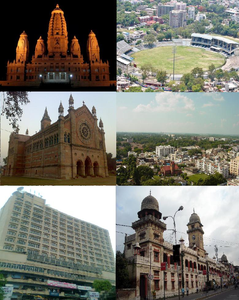 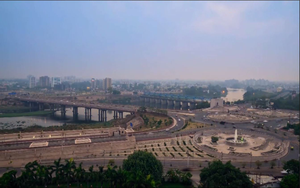 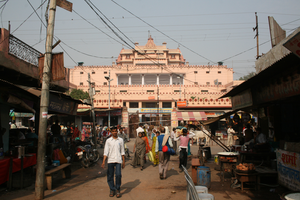 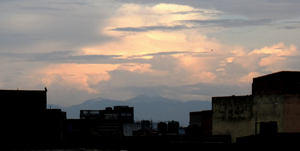 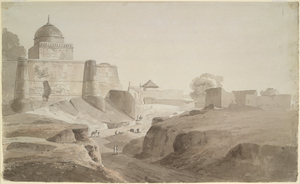