Abhar (Persian: ابهر‎) also known as Abhar Chay, is a city in and capital of Abhar County, Zanjan Province, Iran. At the 2010 census its population was 88,000. The second most population in the province, after the city of Zanjan. Abhar is located between Qazvin and the city of Zanjan.
Two of the famous tourist attractions in Abhar include Peer Ahmad Zahrnoush Mausoleum and Imamzadeh Zeidolkabir Mausoleum. 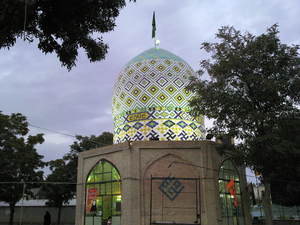